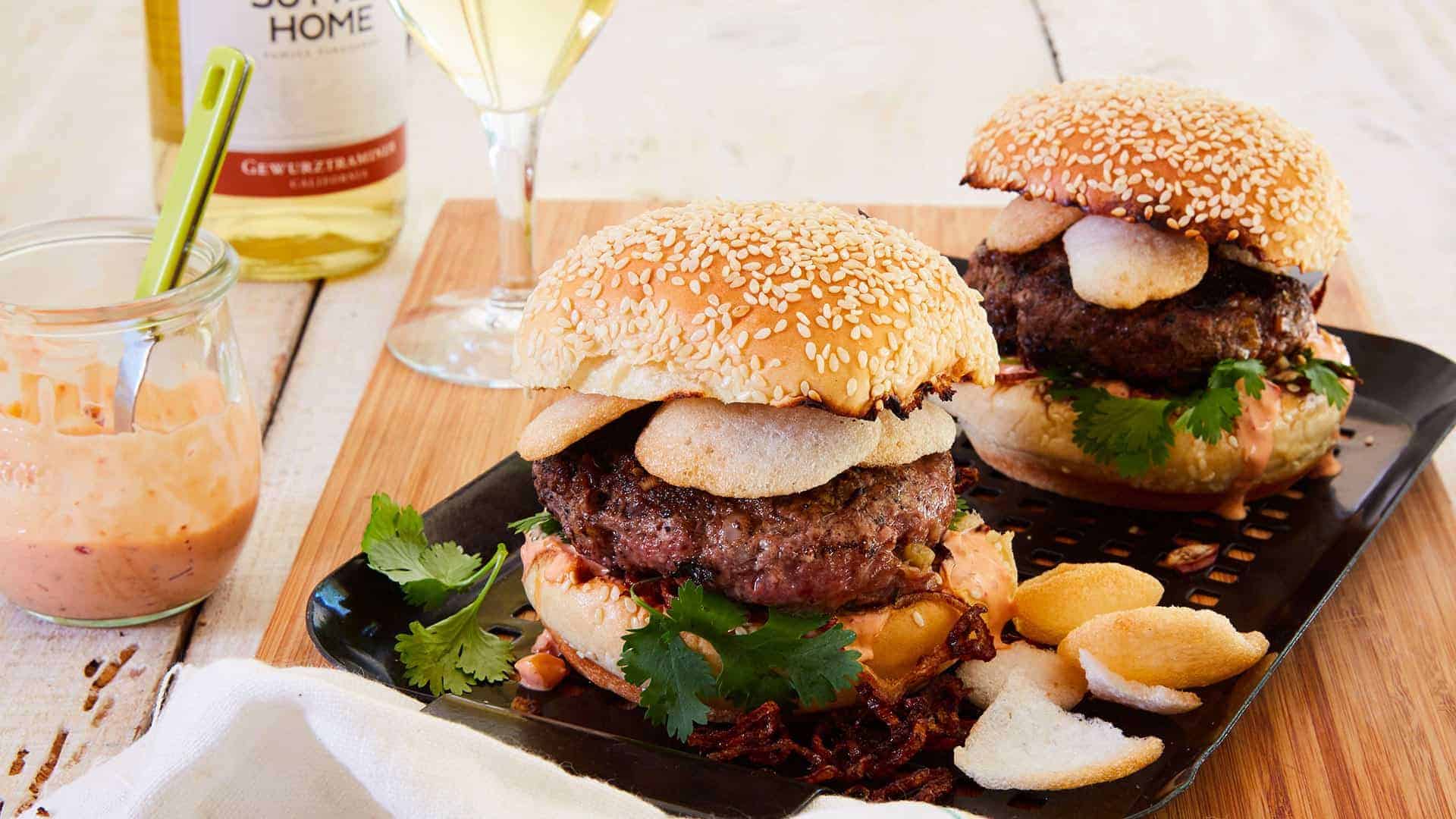 Sutter Home Family Vineyards is the second largest independent family-run winery in the U.S. and the estate where white Zinfandel was born. After resurrecting Sutter Home in 1948, the Trincheros struggled to keep the family winery afloat, imbuing it with the values of hard work, ingenuity, humility and integrity that have characterized them ever since. Each member of the family played a vital role in keeping the business running: Mother Mary Trinchero kept the books, younger children Vera and Roger helped on the bottling line, while older brother Bob helped by cleaning out tanks and barrels.

With its creation of White Zinfandel in the early 1970s and the introduction of high-quality, affordably priced varietal wines during the 1980s and ’90s, Sutter Home in the Napa Valley became a household name and the second largest independent family-run winery in the U.S.

And they make a mean burger.