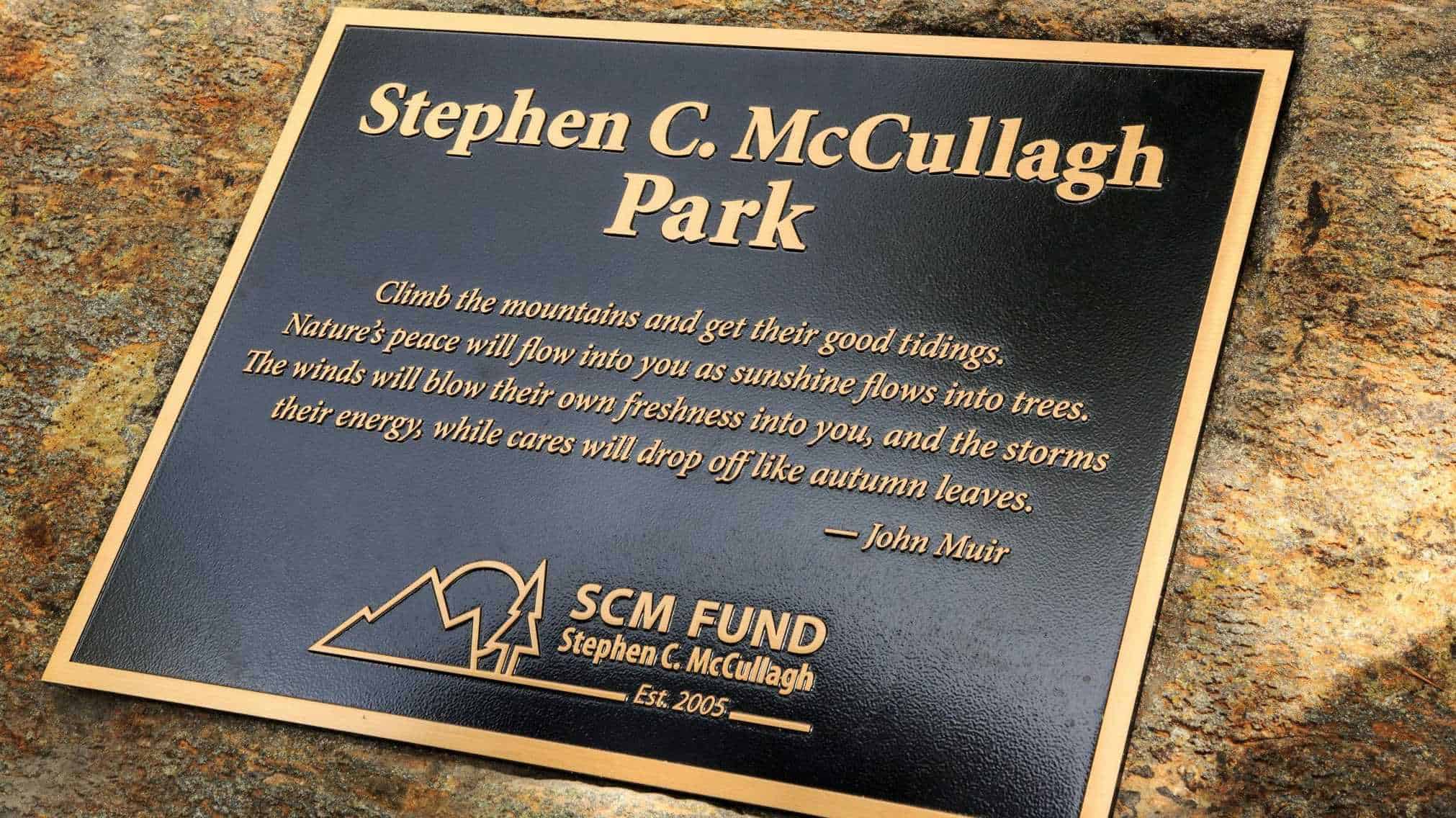 Stephen C. McCullagh Park was created through the Stephen C. McCullagh fund and in partnership with the City of St. Helena.  It is composed of rock-climbing structures that have been scaled to the height of young people. There is a sandbox area beside the pump house, and the stucco walls are painted with a mural designed by Pam McCullagh, in memory of Stephen and Ryan Collins, the 13-year-old Boy Scout, who also was killed by the lightning strike that took McCullagh’s life.